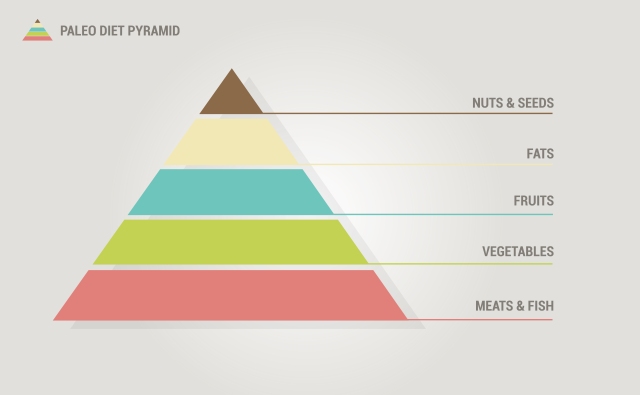 Two years ago this weekend I was sat under a jungle canopy on the tropical island of Contadora, Gulf of Panama, sweating in the heat and humidity as Ross and Stani, the two ex-SAS survival experts who accompany Bear Grylls everywhere, were teaching 13 of us basic survival skills.

We were 48 hours away from being dumped in a mangrove swamp with 24 hours water and no food. The rest, as they say, is TV history.

I arrived on Isla Gibraleón at my usual weight of 11st 4lbs (around 71 kilos) and left 28 days later at 10st (64 kilos), all of that loss occurring in the first 10 days of our adventure, as we struggled to find more than 200 calories a day per person.

After a month of privation and a 99% protein imbalance (mainly fish and coconut) with no liquid except water, I actually felt remarkable in spite of my emaciated appearance with BG on our first night back. 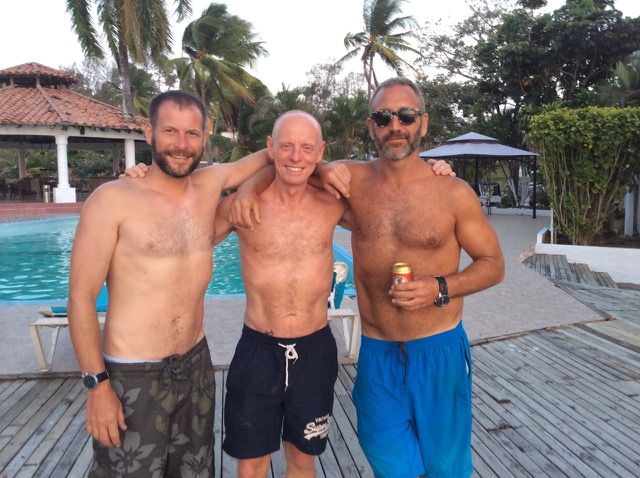 The photo of me with Fletch and Rupert the day after our return is how I would like to see myself all the time.

On my return it didn’t take long to regain my normal weight and, with a reasonably healthy regime of exercise and nutrition, stay there.

Then, last August, I buggered up my left knee during a reunion with my Island buddies in the Peak District and, on Boxing Day, fractured my right wrist in an unsuccessful attempt to cycle across Manchester’s Metro tracks at 45 degrees in a rainstorm.

So the marathon training finished 5 months ago and the cycling a month past.

A moment of truth.

I’ve been to 12 stone before in the last 5 years (never earlier) and it has proved a reliable catalyst to take action.

My first trip down this mine-shaft of self-disgust was on our return from a Greek holiday in 2013, when I had the good fortune to meet a dentist friend for coffee and he introduced my to The DeVany Diet and the philosophy of Paleo-nutrition.

Always one for the fad, I read the book and immediately announced to my long-suffering lady that this was going to be my next big thing. She, as always, (I’m a lucky man) left me to get on with it and I began a three month Paleo regime.

Alcohol (should it be needed – see last week’s post) is a combination of cider (no beer) and red wine – but in considerable moderation. For me that excludes school nights.

Let me tell you that, as a road warrior, it can be a challenge to find appropriate Paleo nutrition in railway stations, airports and hotels – even city centres. I confess to having bought a fast-food burger, thrown away the bun and trappings and consumed the burger with a facial expression like Gollum with a cheeky fish.

Back in 2013, the sense of dissatisfaction and spirit of adventure combined to get me through the first 2/3 weeks of miserable detox (headaches and hunger) and I became a Paleo nut (sic) for the final quarter of that year, pausing only to characteristrically binge my way through the subsequent Christmas and New Year.

When you commit to this extent, eventually (and inevitably) people stop complimenting you on your new youthful good looks, trim waistline and dazzling new wardrobe – and start to ask whether you are OK?

The cheeks shrink, in the abscence of Panamanian sunshine you look like an albino pepperami, your arse vanishes, leaving the posterior of your pants looking like a burst party balloon.

Your partner and your kids comment “you look ill and it’s about time you started getting sensible and eating again” – which can often be the motivator to inwardly think “right, I’ll show you, here comes the Cheryl Fernandez-Versini version of me” (if that’s still her name by the time you read this).

In my own case of course, my first Paleo outing proved excellent preparation for my forthcoming Bafta-winning epic adventure.

Those first 2 weeks of deprivation were hard but manageable and I didn’t sit on the beach  as did some of my fellow castaways, shouting out food groups randomly like the names of well-remembered girlfriends “ooh – do you remember meat and potato pie, chips and curry sauce”?

As an aside – it’s usually at this point that somebody comments that Paleolithic hunter-gatherers had a life expectancy of 32 years.

It’s true that they died early – but the causes were either as a result of diseases that have now largely been eradicated or by providing some creature that could run faster than you with a meal.

The intention of the Paleo-critic seems to be to demonstrate that the aforementioned combination of permitted foodstuffs will ensure an early demise and that you ought to get back to the chip butties.

Reminiscent of the now discredited campaign undertaken by the US government in the 1950’s to suggest that red meat was a killer and that only by filling your diet with fibre could you live to enjoy your dotage.

At the time, this misinformation was driven by the need to support mid-west farmers who had a glut of wheat and to compensate for dwindling cattle stocks.

Read The Diet Delusion to learn more about this ultimately global propaganda.

Baby-boomers like me were educated to believe that an excess of protein would clog up our arteries and that only by filling ourselves with bread, potato, cereals and rice could we hope to enjoy a promised future of index-linked state pensions (?).

So here we are, with 2 out of 3 men in the developed world dead between the ages of 50 and 65, mainly as a result of heart disease or cancer.

We haven’t doubled our life expectancy in the last 10,000 years by planting crops, we have halved it.

Monday 1st February 2016 – two years to the day since arriving on The Island.

It seems a fitting moment to start my next great Paleo marathon.

My expectation is that those who see me at The Dentistry Show on 22nd April will be worried.

“OMG – have you seen Chris Barrow? He looks really ill.”

I just want to get back to 11st 4lbs – stay there and, hopefully, get my body fixed so that I can run marathons and ride my bike again.

The lack of exercise is doing my head in. 12 stone I ain’t.

To my family, clients, colleagues and friends – I’m sorry in advance.

This entry was posted in Health and tagged Nutrition. Bookmark the permalink.