The Frequency of Disruption 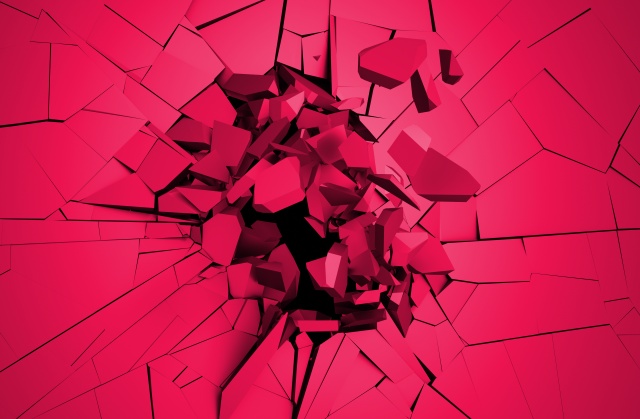 Disruption used to be recorded in geological eras, by reference to the advancement of metalwork techniques, through agriculture into industry (with the occasional eruption, earthquake, plague or fire thrown in for good measure).

Along the way, of course, civilisations and dynasties rose and fell.

During my lifetime we have witnessed technology, information and, now connectivity revolutions.

I posted earlier a short video showcasing Facebook’s mission to connect everyone, everywhere, all the time.

Darwin suggested that a species evolves through a process of continuous adaptation and, if you read the late, lamented Stephen J Gould’s book Wonderful Life:Burgess Shale and the nature of history you will know that on more than one occasion in the planet’s history, most living things have been wiped out, clearing the decks for new variations on “life as we know it Jim” to evolve.

There really isn’t any point in resisting change any more (unless it is evil).

This week we are bewildered, watching people wandering around with their iPhones held before them like religious icons, looking for imaginary monsters.

In 5 years we will be astounded by the number of people wearing VR implants in their spectacles and continuously non-present in the real world as their virtual reality plays out before them.

Protesters were rallying against the war in Vietnam outside the US Embassy in London.

Managers at Euston station voted to lift a ban on the promotion of black workers to managerial positions.

England were just days away from winning the football World Cup.

We had just taken delivery of our first rented colour TV to watch Manuel Santana and Billie Jean King lift the Wimbledon singles trophies (with an invited audience of friends, family and neighbours in our living room – “OMG the grass is green!”).

Try explaining to that young boy what his life would be like 50 years hence.

So we cannot look too far forward.

But we must accept a world in which disruption happens by the hour and not the year, decade, lifetime or eon.

Our ability as individuals to continuously adapt to those conditions will determine whether or not we survive the next wiping of the evolutionary slate.

In the meantime, I’m going to try my level best to squeeze another 30-40 years out of this mind and body, if for no other reason than to marvel.